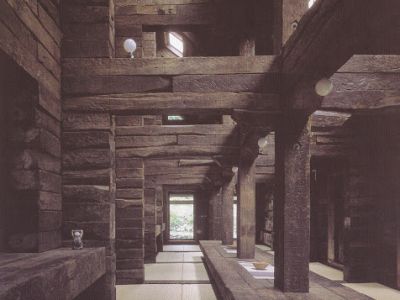 It was planned in the 1970's as a retreat and communal residential building. Financial restraints meant that the inhabitants had to build the house themselves. 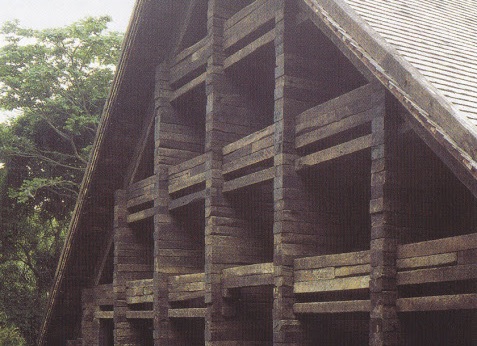 Shin Takasuga's decision to use old, wooden railway sleepers resulted in a 5 year construction time. But it was not the use of railway sleepers that was novel, it was the using of one single type of construction material and method for the whole structure - walls, floors, collumns, roof structure and built in furniture as well. The 3 storey building is situated on a slope on a concrete substructure. A cathedral in all but name.