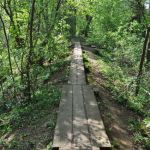 Network Rail's railway sleepers have come to the rescue of Birmingham's Moseley Bog Conservation Group conservationists after arsonists wrecked plans to conserve "Tolkien's Playground". Moseley Bog was the childhood playground of JRR Tolkien when he lived nearby in the then hamlet of Sarehole. The railway sleepers were bought for a walkway around the Bog.

A Norwich community garden group is renting out nine raised beds made from new railway sleepers for people to grow vegetables in next year. The Grapes Hill group, which was set up in 2008 has five small raised beds that are fully accessible for wheelchair users and four larger raised beds. To apply you will need to become a member of the group. Rental for raised beds starts from £5 a year for a small raised bed, if unwaged, with prices increasing depending on size of bed and income.

This year the garden welcomed a local children’s group that enjoyed using the garden on a weekly basis, while the young children learned a lot about sowing and nurturing their own vegetables. The run-down disused former play area near the city centre was converted into a community garden in 2011. The group is growing organic fruit, vegetables and herbs and ornamental shrubs and flowers to make the garden attractive to people and wildlife, and improve the poor air quality in the area.

What a fantastic way of encouraging children and 'new gardeners' into the wonderful world of growing vegetables and learning to love plants!

SINCE railways started in the 1800s, railway tracks have been laid by fixing individual rails to individual railway sleepers on a bed of ballast. A team of University of Huddersfield researchers are breaking with this tradition and working on the development of all-steel railway track sections that can be laid quickly together (like a toy railway set) and fitted with computer technology, which provides instant safety alerts.

At present on the railways you can get deterioration from one railway sleeper to the other or when ballast degrades and some railway sleepers become unsupported. This project promises a steel railway track system that uses steel beams to give consistency of support and better control.

A steel modular track section pre-built in a factory would mean that they could be pre-equipped with smart technology to recognise any faults or deformation that happens on traditional railway lines, and hence warn of potential accidents. 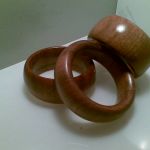 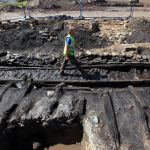 Archaeologist Richard Carlton said “These wooden railway sleepers were part of a major main line in the late 18th century which probably carried a ‘train’ of horse and coal-filled cart every minute. It would have been a disaster if the railway had been lost. This is the railway which gave the standard gauge to the world and its loss would have been an international tragedy. The railways are the greatest gift the North East has given to the world." 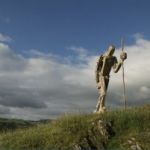 An incredible 14ft sculpture made from recycled railway sleepers, called 'Pilgrim' - by Glenn Morris. Glenn was invited to create an outdoor sculpture for an ancient Abbey in the heart of Wales, dating back to the 12th century. Glenn was one of 9 sculptors invited to give a sculptural response to the historic site and whose work was placed within the Abbey grounds.

Alice Station B & B with railway sleepers 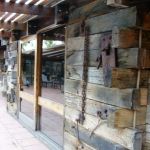 For years, it's been a unique and beautiful place to stay, with stunning surroundings, fabulous wildlife, and incredible use of railway sleepers. Amazing all round! However things are changing. Deb the owner has written: "Everyone is fascinated by our home. The architect designed house, constructed of recycled Ghan railway sleepers is unique in Alice Springs. The interior is modern, comfortable and tastefully decorated, but the railway sleepers .....

Champion boxer Tyson Fury is taking on David Haye in an all-British megafight on September 28 and has been training by lifting railway sleepers. Sky caught up with Fury at his training base in Belgium and filmed scenes for the advert that will be aired to promote the fight. Fury was filmed skipping through a Bay Tree nursery, jogging down a disused railway line and lifting railway sleepers above his head. 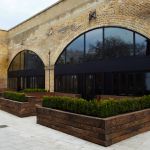 The Beagle restaurant, bar & coffee shop is beautifully situated within three railway arches near Shoreditch, in London. The outside terrace has been designed with wooden planters & furniture made from old Jarrah railway sleepers, which are untreated hardwood.

How to build a raised bed with railway sleepers 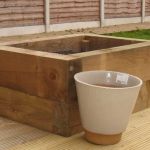