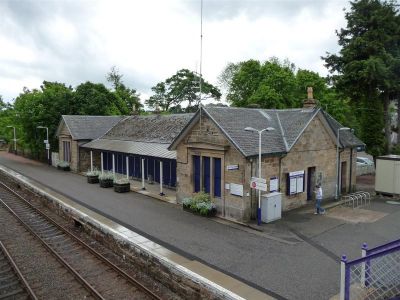 Railway sleepers valued at £2,000 were stolen from Tain railway station. Police are trying to find the thieves who stole 100 new railway sleepers that were worth around £20 each from a Ross-shire station. British Transport Police officers at Inverness are asking if anyone saw or heard anything that could lead to an arrest.

Officers know that the wooden Railway Sleepers were taken sometime between Tuesday, June 11 and Tuesday June 18. Constable Nicky Ritchie warned the public: "If you are offered Railway Sleepers from an unusual source I would ask you to immediately contact British Transport Police."

Information about the theft of these railway sleepers can also be given anonymously to the independent charity Crime stoppers on 0800 555 111.