Bullets in Railway Sleepers NOT dangerous! 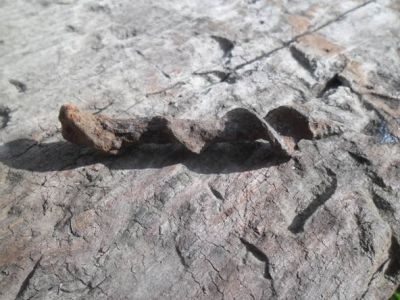 There is an urban myth that states that it's dangerous to cut European railway sleepers because they have bullets embeddied in them. Apparently, so they say, the RAF and Luftwaffe sprayed railway tracks with machine gun fire, for target practice, during WW2. However Richard Watson has exposed this myth with simple logic: "Even if you found a bullet it wouldn’t be dangerous as it is the cartridges which are explosive not the bullets!" He carries on: "I did find this in a railway sleeper I was working with yesterday, luckily when denailing rather than cutting". Hardly a bullet!