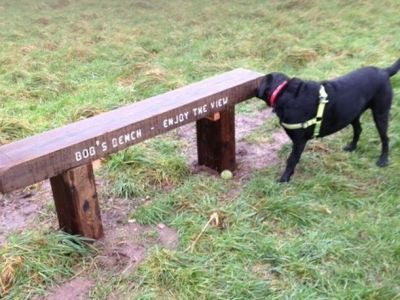 Heartless thieves have stolen a railway sleeper memorial bench from New Hall Valley Country Park in Sutton Coldfield. The railway sleeper bench was in memory of Chris's husband who died last year.  She said "These people are without morals, without respect and have no idea the hurt and upset their actions have caused to me and my family. That bench means nothing to anyone else but it meant the world to me."

West Midlands Police stated that the railway sleeper bench was stolen from New Hall Valley Country Park sometime between Thursday, May 24 and Monday, May 28.