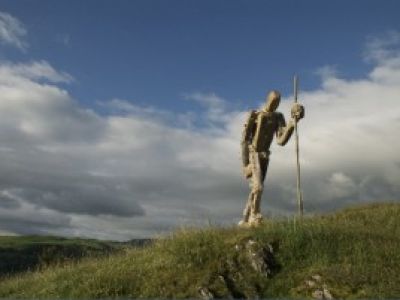 Glenn Morris from Down To Earth was recently invited to create an outdoor sculpture for an ancient Abbey in the heart of Wales. The commission was part of an initiative to involve artists with the archaelogical heritage of Strata Florida, a Cistercian Abbey, dating back to the 12th century.  Glenn was one of 9 sculptors invited to give a sculptural response to the historic site and whose work was placed within the Abbey grounds. 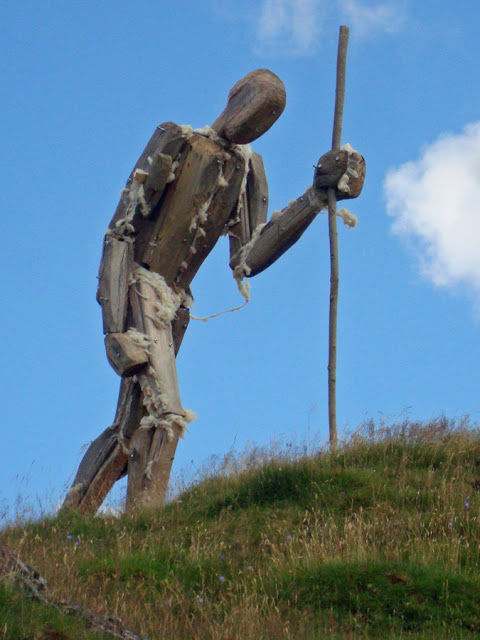 Work on the sculpture, a 14 foot high wooden figure entitled “Pilgrim”,  was made very difficult by the gale force winds and rain that hit South West Wales last month.  Nevertheless, the figure was finally placed into position and now stands on the top of the hill overlooking the Abbey grounds. The figure is made from recycled oak and old railway sleepers.