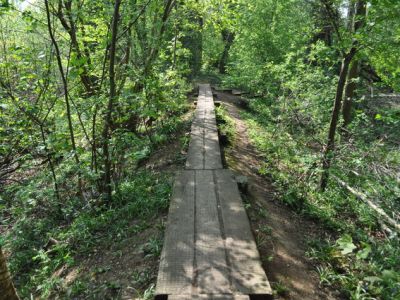 Network Rail's railway sleepers have come to the rescue of Birmingham's Moseley Bog Conservation Group conservationists after arsonists wrecked plans to conserve "Tolkien's Playground". Moseley Bog was the childhood playground of JRR Tolkien when he lived nearby in the then hamlet of Sarehole.

Moseley Bog Conservation Group's 40 wooden railway sleepers, worth 600 pounds, went up in smoke in a suspected firebomb attack. But just as the fire looked to have ruined plans to build a walkway around the Bog, Network Rail came forward to offer the group all the railway sleepers they need. The conservationists say they are "chuffed" with the offer. The Bronze Age Moseley Bog is one of Birmingham's archaeological treasures and one of the few wildlife havens within the city boundary. It was also inspiration for The Hobbit and Lord of the Rings. The railway sleepers were bought for a walkway around the Bog.