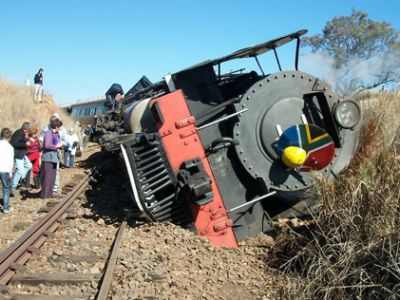 Train derailed by theft of railway sleepers.
A steam train carrying 627 people derailed in South Africa near Cullinan after thieves removed some 40 wooden railway sleepers during the night.
Luckily no-one was seriously hurt as the train, operated by the Pretoria's steam club 'Friends of the Rail', was traveling very slowly when it derailed on the approach to the station. The restored train was substantially damaged. 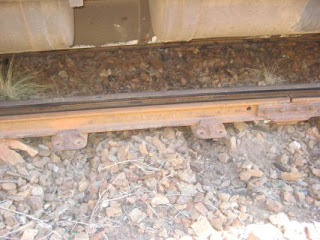 Railway sleepers fasten the rails to the track bed. Without railway sleepers, the rails would spread and topple under the weight of a train – which is what happened here. Because the railway sleepers sit in a 'ballast' of stones, it is almost impossible for the train driver to see from the cab if they are missing. 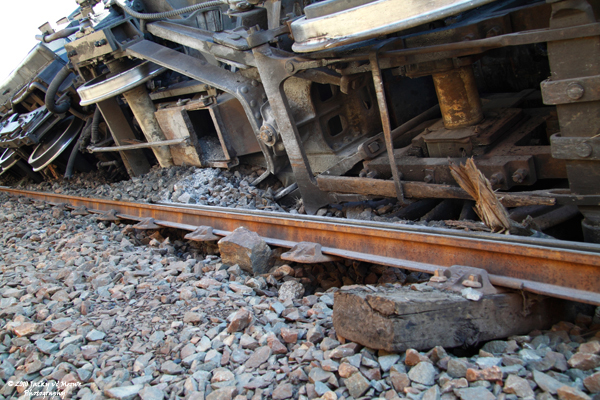 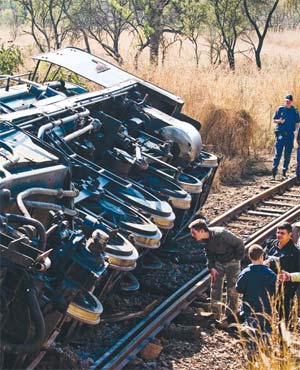