Amazing photo of railway sleepers from the past 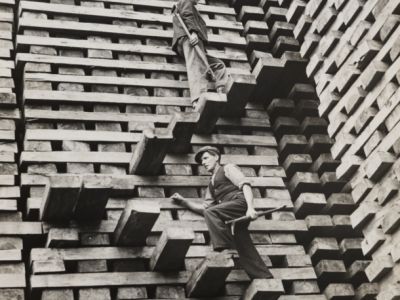 An incredible 1930's picture! This picture was taken in Hayes, Middlesex, in the Great Western Railway Sleeper creosoting works. The caption simply read 'railway sleepers are stacked and 'steps' are left in this fashion so that men can reach the top.' An age of massive railway expansion, in which our health and safety concerns had yet to arrive!

“The photograph was taken in the Great Western Railway sleeper creosoting works in Hayes, Middlesex. The caption read ‘sleepers are stacked and ‘steps’ left in this fashion so that the men can reach the top’.”