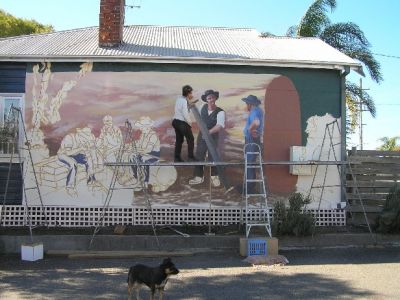 This mural is located on the side of the house at Kookaburra Kitchens 105 Northcotte Avenue Kurri Kurri. It depicts the timber railway sleeper cutters who used to cut timber in the Watagan Mountain Forest for railway sleepers used in the local mine railways.The tree would be cut down with the crosscut saw that needed one man either end. The log was then cut into smaller lengths and these were split for the roughcut railway sleepers.The railway sleepers would then be finished off by chipping away at the edges with another tool called an adze to smooth them. Bullock teams would be used to carry them to the town.

The workers in the mural have felled a forest giant and are sharpening and checking their equipment while having a much needed break. 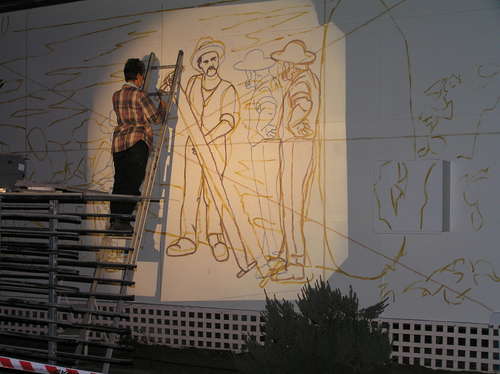 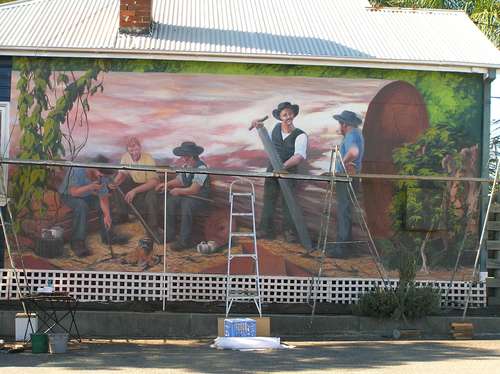