How do you FASTEN railway sleepers together? 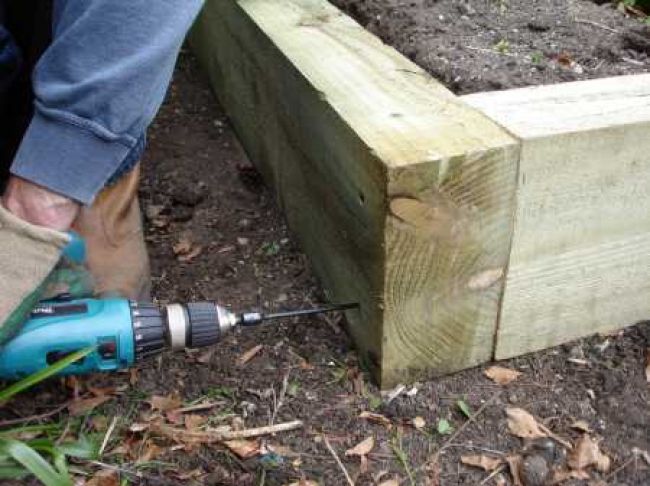 Everyday we get enquiries from customers asking how to bolt together railway sleepers & large timbers. In the past we'd have mentioned coach bolts and pre-drilling, and socket sets etc.. NOW we always say 'TimberLok'.

I know that that seems really cheesy, like 'I always use Persil to remove those stubborn stains', but genuinely they ARE fantastic. We had a visit from one of Timberlok's agents, & tried to set them the hardest tests we could, after the screws easily went through pine - To drill through pieces of Oak, Jarrah, & even African Azobe railway sleepers (so tough it feels like metal !). The screws STILL went in, albeit with more of a struggle. Seriously, they are great, so long as you have a drill that is very powerful - high torque and low speed, AND you allow for pre-drilling the railway sleepers with a pilot hole.

TimberLok - the hardsell... !
- installs much faster and easier than coach screws or coach bolts
- generally requires no pre-drilling, except for particularly tough tropical hardwoods and sometimes oak railway sleepers.
- countersinks flush into timber (softwood only)
- draws warped beams down
- can be removed and reused
- eliminates jarring and damage caused by a sledge hammer

TimberLok's screws are guaranteed not to rust in pressure treated timber for the life of your project, although it doesn't apply in saltwater settings. Likewise a small percentage of screws may eventually rust when in connection with the tannins of green oak railway sleepers. TimberLok's clear 'anti-friction topcoat' allows it to penatrate the hardest wood more easily than other screws.The agent went on about titanium and the space rocket or something.. Hi-tec you see...!
HOW TO BUY TIMBERLOK SCREWS - CLICK HERE

How accurate are the SIZES of railway sleepers ?

ALL DIMENSIONS ARE APPROXIMATE !! THEY ARE NOT A PRECISE SUBJECT MATTER !!
Historically, railway sleepers never had to be exact in length or width for their purpose on the railway track, and so the sawmills were fairly ‘give or take’ in the timbers they produced. Hence all sizes were approximate. That means that although a railway sleeper may be described as approximately 2600mm in length, or 300mm in width, or 125mm in depth it may in fact be several centimetres (or inches) longer or shorter, thicker or thinner. In addition, some railway sleepers are not cut perfectly square at the ends, which makes them hard to measure accurately. SO, ALLOW SOME LEEWAY in your precise calculations, and cater for trimming or creativity if necessary. This may be frustrating to those who love exactness in the world, but I guess there are some things in life which we just can't control!  As it happens, most landscaping projects have an element of flexibility or tolerance in them and can cope with this. However if a specific project needs exact accuracy in length, width or depth then a landscaper may need to either cut the railway sleeper to their precise specifications, or think of using a different size or type of railway sleeper that is more accurate, e.g. the new pine ones.

What are railway sleepers TREATED with ?

USED RAILWAY SLEEPERS are normally either
a) Creosote treated, e.g. used Dutch Oak and used British pine, or
b) Untreated, e.g. used tropical hardwood, Australian Jarrah and used African Azobe railway sleepers. Even though a used railway sleeper is untreated there can occasionally be deposits of oil or diesel on the surface which have fallen from passing trains over the years (not to mention other things!)

NEW RAILWAY SLEEPERS are normally either
a) Green treated  e.g. new British softwood railway sleepers. These are environmentally friendly non-creosote based preservatives, with treatment names such as ACQ, Tanalith E, Osmose or Wolmanit, all of which are suitable for landscaping projects, or
b) Untreated, e.g. new French or Canadian oak sleepers

What is the difference between various GRADES of railway sleepers ?

GRADING RAILWAY SLEEPERS IS NOT AN EXACT SCIENCE !
Deciding with certainty what is a relay grade, grade 1, grade 2 or even grade 3 is inevitably subjective, and there is no universally accepted system of grading, throughout the UK, Europe, or the rest of the Universe. There are so many variables in grading old reclaimed railway sleepers, especially between different types of hardwood and softwood, that it is hard to generalise or make universal statements about different grades of railway sleepers. For example, a grade 2 used British Pine railway sleeper is generally straight, whereas a grade 2 used Dutch oak railway sleeper is often slightly bent! If you were being cynical, you'd probably suspect that railway sleeper companies classify a railway sleeper with as high a grade as they can get away with! But of course, that would be slanderous!

Always look at our railway sleeper photos, if you are unsure of what to expect, or give us a ring. It is best to be clear about what you may be getting, rather than chosing something that doesn't fit into your grand design.
General descriptions:
Top grade or 'Relay' railway sleepers
These are our best condition railway sleepers. Sometimes they are even good enough to be re-used on a railway track. But remember that they are still 30-40+ year old weathered timbers, and unrecognisable from the new piece of timber they started life as. They will last for years, but they are certainly not pristine!
1st grade railway sleepers
Reasonable condition middle grade railway sleepers. Generally pretty straight, with some cracks, but despite being weathered and 40 - 60 years old, they are in a fairly solid state, and suitable for most landscaping purposes, despite being retired from their hectic life on a railway track.
2nd grade
Lower condition railway sleepers, with many more imperfections and irregularities. They are often older and more weathered rustic versions of grade 1. They may have more rounded waney edges, cracks in the ends, slight decay, occasional damage and in the case of some hardwoods, can be bowed along the length, especially in the case of the Grade 2-3 Dutch oak railway sleepers.
3rd grade
Lowest grade railway sleepers, that may not be suitable for all landscaping purposes. They are most likely to be more irregular, weathered, battered, cracked, damaged, bowed and with some decay etc.... but not necessarily all at the same time! Despite all this, they may still last for ages, with some people particularly liking their battered and world weary appearance.

Can I clean CREOSOTE off railway sleepers? & other treatment questions ....

Q1. We have got railway sleepers that we want to make into decking however they are covered in years of railway muck - is there a product we can use to clean this mixture of oil and muck off? Do you sell it etc?
Cleaning up railway sleepers depends on what's on them. If 'railway muck' is merely airbourne grime and dust, then scrubbing with soapy water & detergent / or wirebrushing / or power jetwashing should nicely do the job. If it's some surface diesel / oil that has dripped down from an engine, then detergent or an oil 'dissolver' will deal with it. If you're talking about internal tar and creosote from the original treatment of the railway sleepers then there's virtually nothing you can do, especially if it's continuing to ooze from within. Hot weather tends to draw the creosote and tar to the surface, where it fluctuates between being hard or sticky in various temperatures. Not nice or recommended for decking, especially British pine railway sleepers.

Q2. I have had my garden landscaped and used old railway sleepers around the perimeter and for seating. Whenever it is warm and sunny some of the sleepers ooze tar. My young children keep getting covered in the oily mess much to the disdain of my wife. I have tried a high pressure jet hose on the railway sleepers but this has had no effect. Can you help?
Unfortunately your story is all too familiar. There are only three effective options, I'm afraid.
1) If the oozy tar is unacceptable, (very understandable), remove the railway sleepers. There's nothing effective you can do to stop them leaking.
2) Replace them with non-creosote treated railway sleepers, whether new or used. Landscapers should not really be using the old GB pine railway sleepers, due to their unpleasant leaking. The best used railway sleeper would be the African Azobe, that is an untreated (and needs no treatment) tropical hardwood, that is very dense, and is sometimes used underwater, or for lock gates etc.. Alternatively new pressure treated Baltic / Scottish pine railway sleepers (treated with an environmentally child friendly treatment) or new untreated French oak railway sleepers. We can help you chose if you need.
3) Clad the existing railway sleepers with some kind of timber, or material that covers up the tar

Q3. I currently have about 15 railway sleepers (Used creosote treated British Pine) for a long row of 5 steps leading from the patio onto the grass. Trouble is, I keep getting tar weeping from some of them, and over the past couple of weeks it just got worse and worse. I was wondering if you knew of anything I could use to stop the tar from weeping; I would like to keep the ‘’used’ look, but would personally be happy for a quick fix which I could do until I re-arrange the garden and order something without tar or creosote.2
See above. This type of question is the one we receive most. (several times a week).

Q4. Our local garden centre staff told me they didn't supply used railway sleepers anymore as they were not allowed to due to the oil thats soaked in to them.
Tell them to get their facts right ! 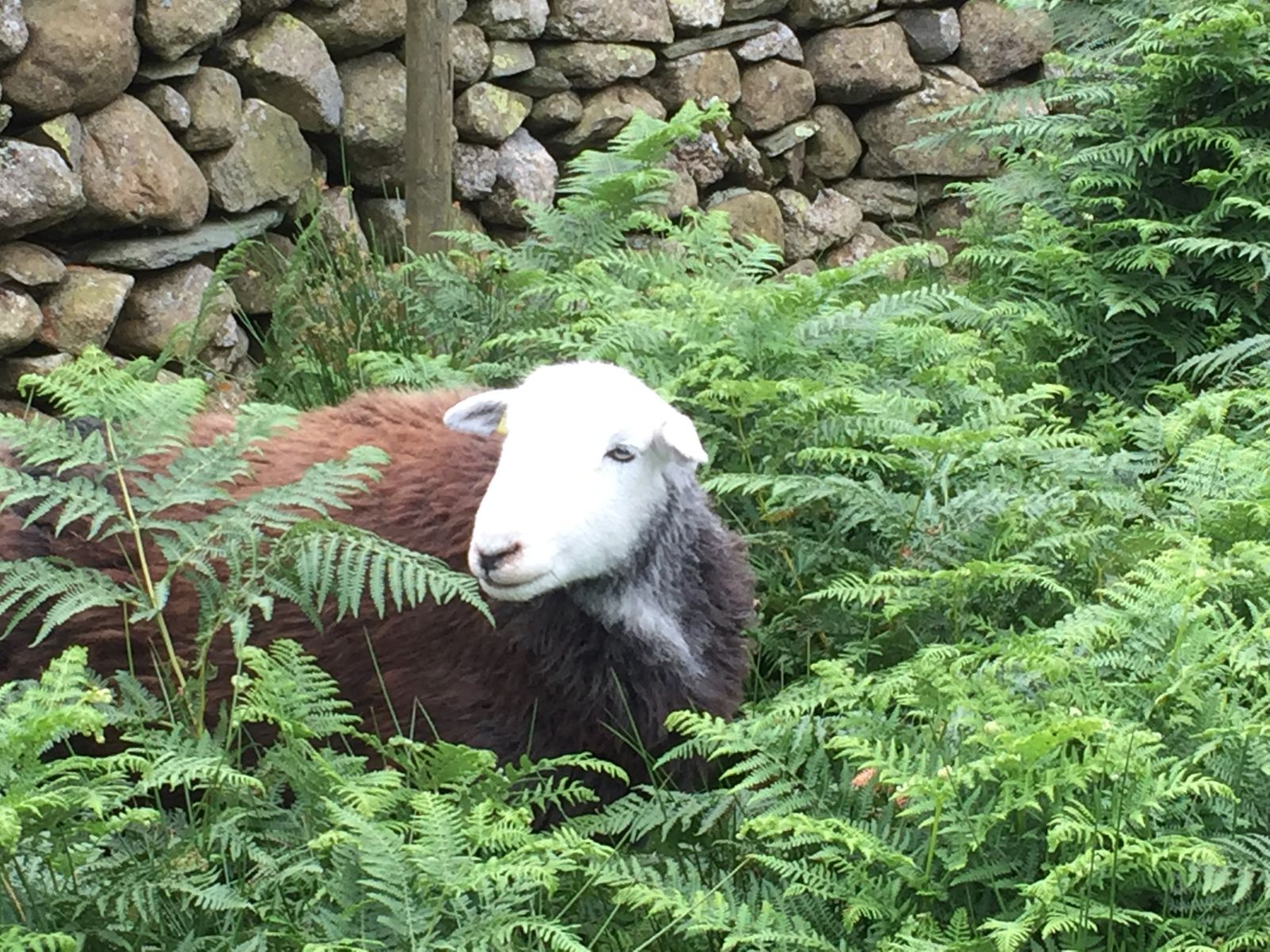