We have often thought of forming a band at Railwaysleepers.com, however we have been beaten to it! Coming from Bristol, Tom Holder & the Railway Sleepers are described as:
"This group of psychotic delinquents were drawn together for their love of Gypsy-Punk. After hearing 'Squeeze Mc'Apples' beating a hobo kit to within an inch of it's horrendous life and 'Scrumpty Dumpty' tinkering on an Accordian he had acquired 3 days earlier in very suspicious circumstances 'Chief' realised that he'd found the rhythm section. 'Horrible Mick' deployed interest at this point and after a few threatening phone calls and their overall wellbeing there was a 4th member! 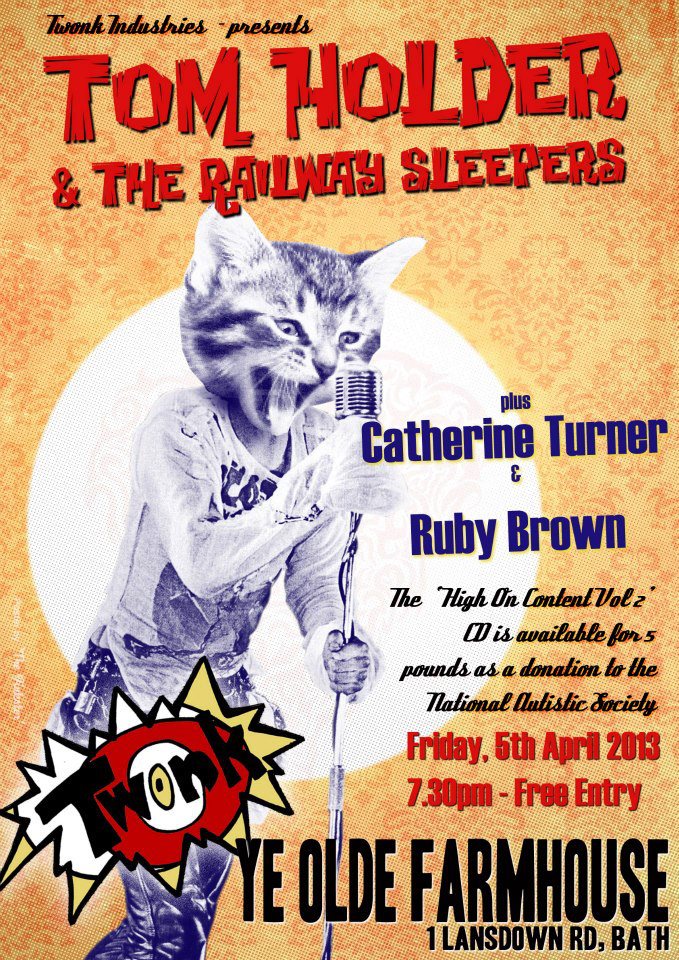 Drawing from their individual and shared influences The Railway Sleepers combine elements of Gypsy, Ska, Punk, Blues, Reggae & Rock to create a sound like no other band currently on the music scene fueling their credibility for "Droopy Gypsy Driven Knee Deep In Reggae Spew Blues."

These weirdos have been also working on an album as well as hoeing it, date for the release is yet to be decided.

Until then you can keep up to date via (this) or many other sites which have been Droopified.

The Droopy Gypsies are coming to a town near you!"

Or in other words: "It’s the jazzy, folk-tinged artistry of Tom Holder and the Railway Sleepers that makes them special, and should make us hopeful of a musical future as unconventional as can be imagined."